PS4 vs Xbox One specification

on May 21, 2013
So Microsoft finally revealed latest Xbox spec. 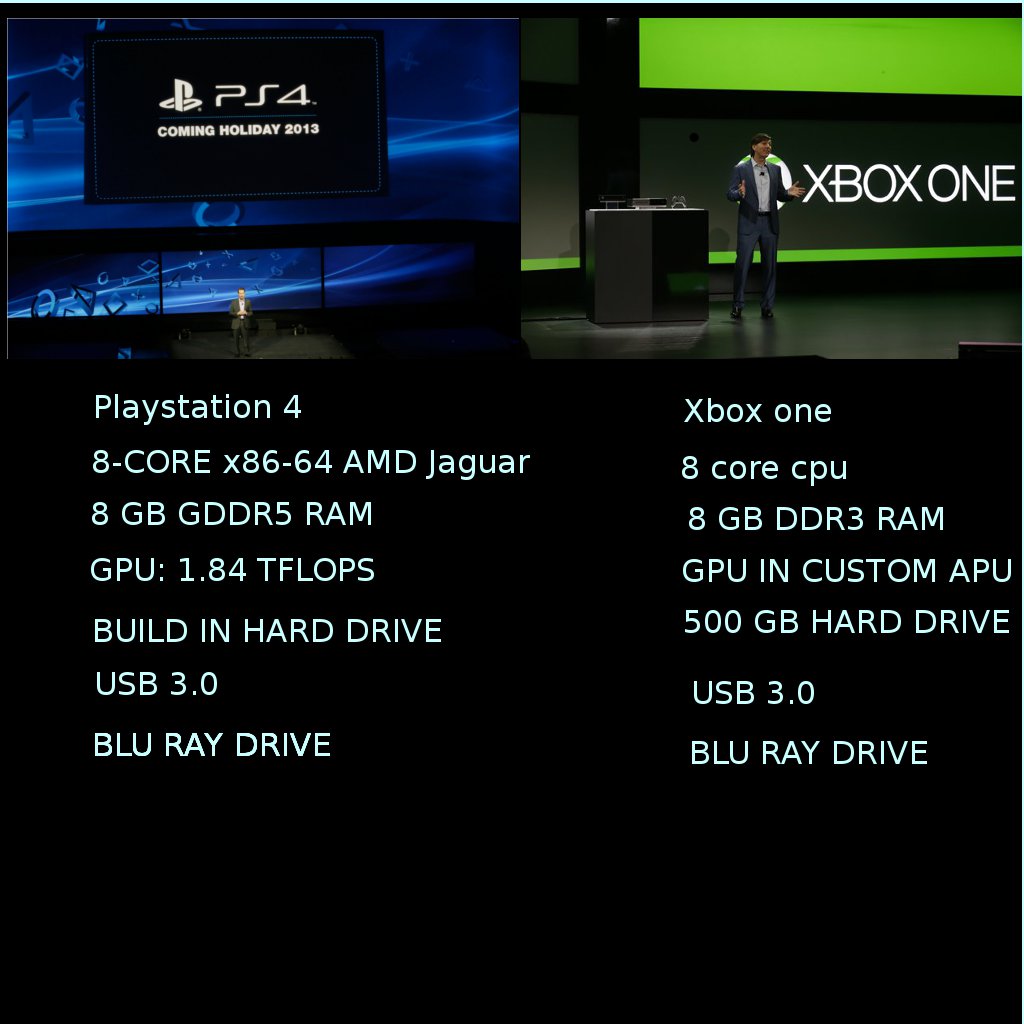 From first look Ps4 got better Ram which is quite important for high performance in video games. Apparently Xbox one GPU is only 1.2 Teraflops comparing to 1.84 from Ps4, however I am not certainly sure about this.

Having really powerful machine does not always guarantee a good  reliable software/video game. Developers need some time to learn how to speak to new hardware and it might take few years until they will be able to use the full power of both platforms. I still can remember 1994 when games for Ps1 looks totally different than the ones from 1998, still the same hardware but developers mastered it.
I am not a huge fan of Xbox as Microsoft Xbox division think it's fair to rip people off, however I have to say that even with worse specs Xbox might have some better games at the beginning of the new console generation race, correct me if I am wrong.

Let's hope so I am wrong as I much prefer Ps over xbox (I have both) for many reasons.

So I personally think that both consoles got the same chance in the new race for victory, however developers will have huge impact on consoles success.